Breaking free from your financial limitations: From broke to blessed 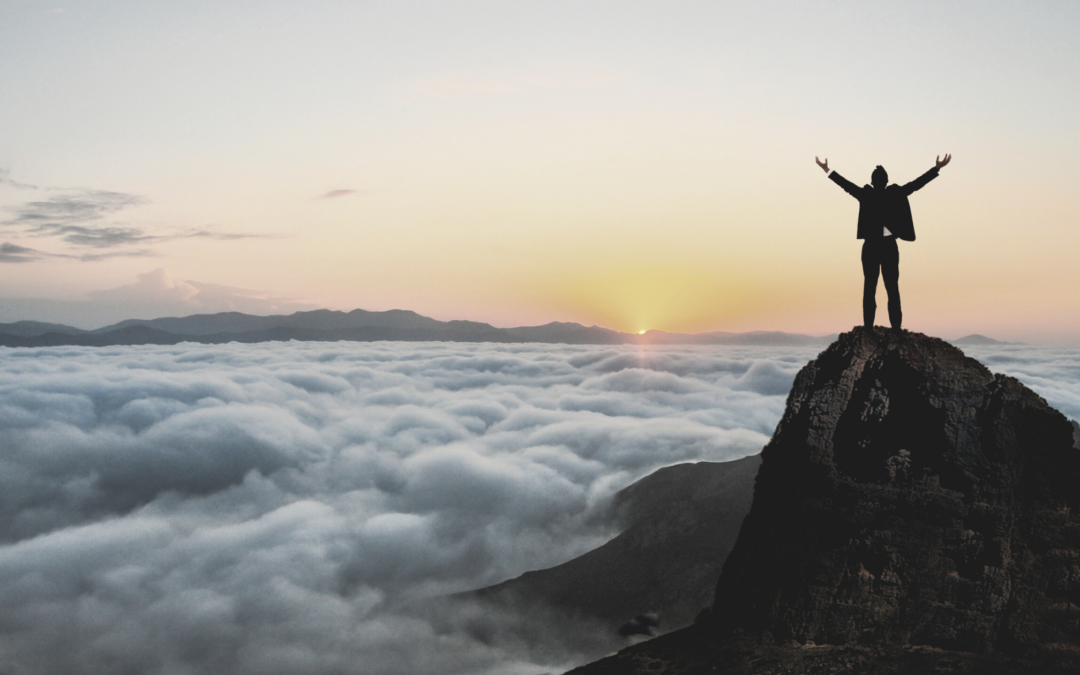 How to define your financial context and upgrade it

Most of us can admit that we have wished, prayed or hoped to earn more money at some stage in our lives. Sometimes, our yearning for more is justified, as life’s expenses are, in fact, expensive. Other times, we enjoy the occasional daydream… a vacation on a Caribbean island, traversing the globe on a yacht or purchasing that dream home. Whatever your financial goals may be, your financial context may be limiting you from attaining them.

In Destination Wealth, author and Certified Financial Planner Dave Fisher explains that “our financial context sets the stage for the level of wealth that we’re comfortable with and are able to attain and, more importantly, what level of wealth we keep.”

What’s holding you back? Your financial context!

Dave outlines the context of abundance: “If your financial context is big, you believe in abundance. You focus on the long term. You feel positive towards others. You’re a giver, not a taker, and this only seems to increase your savings. People who follow the path of abundance tend to live life to the fullest.”

He explains that the context of scarcity entails exactly the opposite: “There’s simply not enough to go around. You blame someone else for your financial woes, whether that be the government, the taxman, your employer, your financial adviser, your parents or your spouse. This scarcity tends to go hand-in-hand with sadness, jealousy and gambling addictions. Strangely, these people believe in money for nothing – that money will manifest out of thin air. Many people have a small financial context.”

If you consider yourself to lean more to the scarcity than the abundance context, it’s important to remember that it’s not your fault. Most of all, you have the power to change it. Dave recalls Fisher Dugmore Financial client Dean’s story.

From broke to blessed: Dean’s story

Dean grew up in a small mining town in South Africa. His dad worked long shifts and worked overtime almost every day. He worked hard for very little pay, but stayed in his mining job because that was “all he knew how to do”. Despite his many years in mining, he was never promoted to management status.

Dean’s mom worked the night shift as a hospital nurse. As such, Dean didn’t spend a great deal of time with his parents. He spent his early years under the watchful eye of a live-in nanny. His parents’ income barely covered the basics. On the 20th of every month the financial well would be dry. If any additional expenses arose, Dean’s mom asked for an advance on her salary to cover them. Dean’s dad had to work more overtime or dip into the family’s savings to pay for additional fees.

Dean’s parents were under constant financial pressure, despite working hard to earn an income. This is because they didn’t have a budget in place or consult with a financial planner. They never talked about their financial problems, and Dean simply assumed that there was no other way to work with money.

As Dean grew up, he was interested in going to university, but his dad bluntly replied that there was no money for it. He would have to go and work in the mine to pay his way or he’d have to work hard to earn a scholarship.

Luckily, Dean excelled at sports, which earned him a scholarship to attend university. With no real idea of what he wanted to study, he eventually settled on law. He performed well and graduated with his law degree. Nevertheless, he didn’t have interest in practicing law. Feeling uncertain about his next move, Dean turned to his financially successful uncle for advice.

His uncle suggested that he does something which would offer him financial success and would provide him with opportunities. With this in mind, Dean enrolled for an accounting course and became a chartered accountant. This resulted in an amazing career as an executive, partner and director at big accounting firms in several countries.

Dean’s parents marriage resulted in divorce. His dad remarried, but still lives in Dean’s childhood home. Though he retired from his work on the mine at sixty, he still needed to generate an income. As such, he got a position as a general operational manager. Now in his seventies, Dean’s dad still works twelve hours a day. Financial struggles are still a part of his life, and he’s had to remortgage his home several times to afford their modest lifestyle.

After the divorce, Dean’s mom worked as a live-in nurse, earning a much larger income than in her previous position. However, her savings have never been enough for a financially sustainable retirement. Currently, she lives in a retirement village where she lives hand-to-mouth. Dean takes care of his mother financially and feels privileged to be able to do so.

The difference between Dean and his parents is that Dean decided to upgrade his financial context.

In his younger years, Dean mirrored his parents’ financial behavior simply because that is what he was exposed to. He did this unconsciously. Although Dean earned much more money than his parents earned, financial problems still plagued him. He earned well, but spent money frivolously. He lacked financial planning acumen, had no budget and little discipline. His career stability allowed him to attain loans with ease, which placed him in a large amount of debt. It also didn’t help that Dean surrounded himself with friends who had a similarly carefree attitude towards their finances.

Dave met Dean when he was twenty-seven and married to his first wife, who was also a CA. They’d bought their first home together, but had no savings or life insurance policies. With friends, they had invested in fifteen properties. So, they had a theoretical balance sheet. However, they had zero yield on it because no one ran it like a business. Still, they continued to buy properties. By the time Dean and his wife received help from Dave, they were over R 100 000 in debt, owned a lavish car that they couldn’t afford and had a slew of bad investments. Dave helped them with a financial plan focusing on getting them out of debt.

Unfortunately, Dean’s marriage ended in divorce. Dave explains that “a young lifetime’s worth of poor financial discipline carries over into other areas of life.” After the divorce, Dean decided to start over.

“I want to get out of this hole. Both financially and emotionally,” he said. “I want to have kids someday, and I want to be a role model to them. Financial acumen is an important part of a father’s role. I want to leave a legacy for my children – a safe future. And I want my finances to be vastly different from that of my parents.”

They started by taking stock of Dean’s finances, unloading his share of the properties and cutting down on his reckless spending. Dean made effort to draw up a monthly budget, which he kept to. Soon after, Dean met his current wife, who is an accountant from Belgium. Dean transformed his financial context which matched her financial reality. Her parents were financially intelligent people who had taught her how to make and save money from a young age.

Dean and his wife now live in her home country with their twins. To maintain his newfound financial prowess, Dean’s wife is the CFO of their household. Her financial context has given her an edge on how to run their finances.

Dean realizes that he struggles to say no and can easily fall prey to daily indulgences, which add up and can destroy your finances. Dean and his wife handle this by having a main account from which they pay their expenses, while he also has a ‘fun money’ account into which his wife deposits his spending money on a monthly basis. Though it seems strange, the arrangement works for the couple and is keeping them financially successful.

Today, Dean and his wife live a truly blessed life. They are happily married and engaged in their children’s lives. With Dave’s help, Dean and his wife follow a personalized financial plan which allow them to achieve their short-term lifestyle upgrade goals and long-term goal of building a lasting legacy.

Currently, Dean and his wife are building a beautiful forest villa and have travelled extensively. They have a solid asset base in a first-world country and follow an effective financial plan that allows them to live their lives to the fullest. Their kids understand the value of money and how to use it well.

“I’ve been Dean’s financial adviser – and he, my friend – from when we met. I’m grateful to see Dean and his wife on a steady, continuous journey to financial success. He has developed financial planning habits
that are opposite to those of his parents. Dean not only upgraded his own financial context but has also changed the context for his family’s next generation.”

You have the power to change your financial context

Start by enlisting expert advice. Destination Wealth is the culmination of decades of financial management experience garnered by Dave Fisher and Andrew Dugmore of Fisher Dugmore Financial. It is a financial toolkit that will guide you to financial success. Purchase your copy now to start your personal financial revamp.

Read more about reprogramming your money mindset and investing in your human capital to upgrade your financial context and free yourself from financial limitations.

Destination Wealth is the definitive guide that you need, to tackle your personal finances. Drawing on his thirty-year career in financial planning, author Dave Fisher imparts five powerful financial success secrets that will make your money work for you.